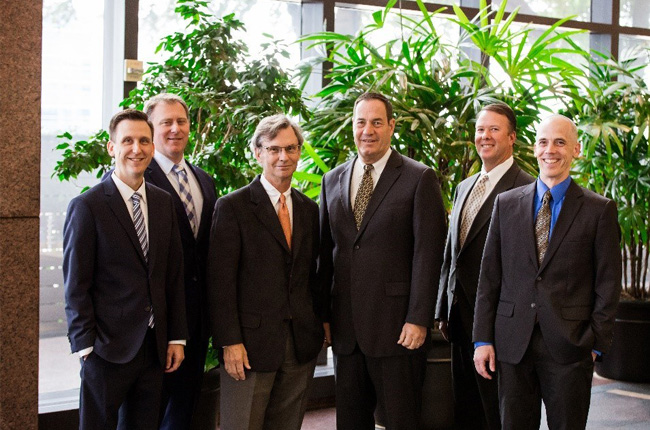 Dallas, TX, Oct. 16, 2018 — RLG Consulting Engineers, a civil, structural, surveying and forensic engineering firm has named Stuart Markussen, PE to become the company’s next president and chief executive officer effective October 1, 2018. Markussen, a 22-year veteran of RLG, succeeds current president and CEO, David Goodson, PE, who will transition out of those two roles and remain as the company's chairman. Markussen joined RLG in 1996 as the manager of the civil engineering and surveying departments. After two years with RLG, Markussen quickly advanced to the firm’s ownership group as a principal shareholder. The transition is a well-planned succession that has been in the works for several years and follows Markussen’s promotion to senior vice president in 2006 and subsequent promotion to chief operating officer in February 2018.

"Stuart is an exceptional leader who inspires our team to deliver great results,” says David Goodson. “Over his 22-year career with RLG, we have had the opportunity to assess Stuart’s ability, results and style to determine that he is RLG’s next great leader."

For more than 65 years, RLG has been recognized as one of the top engineering firms in Texas for its ability to attract and retain a talented, experienced team. The firm has maintained a reputation of trust, building the company’s legacy as an industry leader. In 2018, the firm was recognized as a Best Firm to Work For by Zweig Group and a Top Design Firm by Engineering News-Record – Texas and Louisiana. Since RLG’s inception in 1953, the company has grown to more than 80 employees and serves more than 250 clients annually across three offices in Dallas, TX, Fort Worth, TX and Peoria, IL.

"This is an exciting time to lead RLG. I am honored to succeed David, whose leadership and vision have made our company stronger today than ever, and provides a solid foundation to build upon,” says Stuart Markussen. “RLG is in excellent shape, operationally, financially and strategically, thanks to David’s leadership. I look forward to carrying on RLG’s legacy of engineering excellence.”